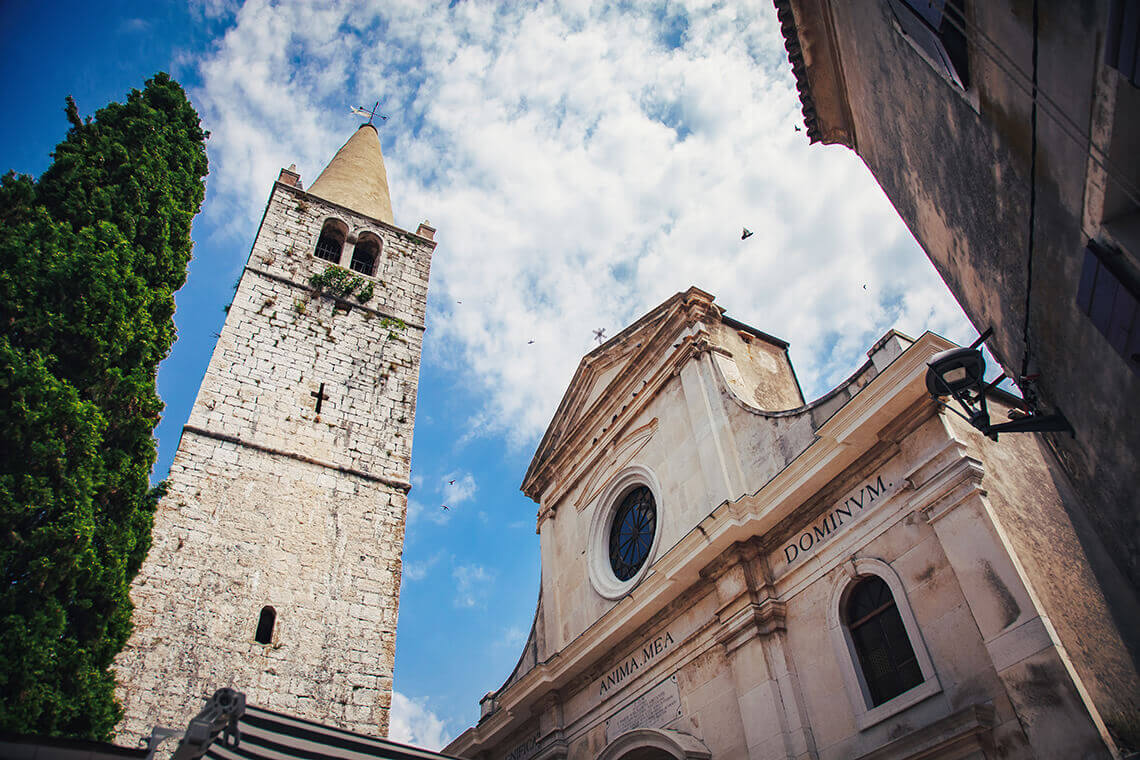 Among the Churches of the ancient town

Over twenty churches in a single town.

The presence of churches in the ancient town of Bale-Valle is proof that the population of Bale-Valle was very strongly linked to the Catholic religion.

From the thousands of pages written and published by the Vatican on art and religion, we can glean a concept that rightly defines it as the combination of things.

– There is an intimate symbiosis between religion, spirituality, culture and art. In fact, “culture and art recall and reveal one another. There is never a historical moment full of culture that does not blossom into artistic production, just as there is never an artistically fertile period that does not postulate global cultural wealth. But the relationship that runs between religion and art, between religion and culture is very close. There are countless works of thought and artistic masterpieces that have drawn their inspiration from religious values”.

And this is also true for the churches of the ancient town, jewels of architecture, history and culture. More than twenty churches dating back to historical periods ranging from the Romanesque age to the 19th century are scattered over the territory of Bale-Valle.

The church of Holy Spirit.

The church of Holy Spirit, which is small but has a façade covered in perfectly-executed finishes, is inspired by the Gothic architectural style typical of the 15th century. It was built with regular blocks of stone and the roof is also covered in stone, large slabs of it. It also features a very unique element: a beam sculpted in stone that allows light to endlessly penetrate through the pointed vault. Inside, the small chapel is decorated with wonderful, well-preserved frescos which, in more recent periods are linked to the creations of Alberto da Costanza, on Lake Constance.

To maintain our focus on the same painter, we simply move a few hundred metres on, and visit the nearby church of Sant’Antonio with the scene of the burial of Saint Paul the First Hermit. The Romanesque style church of S. Elena can be found slightly hidden amongst the stone houses of the town of Bale-Valle. It has a single nave with adjacent apse and has been restored on the outside but holds no important contents.

The Visitation of Mary to Elizabeth.

Continuing along the same path, you’ll arrive before the parish church of the Visitation of Mary to Elizabeth, a large structure in white limestone, built on the remains of a 9th century basilica, commissioned by Tommaso Bembo, governor of Bale-Valle, in the period from 1845 to 1891, and designed by Mons. Paolo Deperis, parish priest of Bale-Valle. The construction works were completed in 1882, and the church was dedicated to the Visitation. It is large, with three naves and a crypt under the apse, created in 3 different construction phases; at the beginning it was formed by a single nave with 3 semi-circular apses dating to the 8th century. The Renaissance construction phase dated 1588 witnessed the construction of a very much larger church with three naves and a trapezoidal layout, which was demolished in 1871 so that a new church could be built. At the moment it conserves: a sarcophagus in stone decorated with the famous “weave” dating to the 9th century, a wooden crucifix, a Renaissance polyptych in wood, various liturgical garments and accessories that date to the period from the 15th to the 18th century. It also holds the wooden statue of Our Lady of Mon Perin, created in the 15th century.

Bale-Valle is steeped in history, visit and experience it for yourself.